The best youth football teams are made up of players who work together as a team and are willing to make individual sacrifices. A team with unselfish players will usually play better than teams filled with selfish players, often regardless of similar talent and skills.  Those individuals often have a hard time forming a cohesive group that plays as a team.

There is No “I” in Park Ridge Falcons

A selfish football player is only concerned with parts of the game the where they can shine – such as a receiver, linebacker, running back or quarterback.  It’s usually only about how many times they touched the ball, tackled a player, or scored a touchdown.  An unselfish player understands they are just part of the team, and is ready to do whatever just to help the team win. These are often unheralded lineman, blocking receivers, and special team athletes that can be the key reason why football teams (and their coaches) consistently win against competition.

If you are on a football team and either the coaches or some of your teammates can’t figure this out, then here are 5 things you can say or do to help your team play unselfishly as a team:

The truth is that a lot of very good teams don’t always win. Some teams don’t work hard. Some teams lack talent but work very hard to overcome a lack of athleticism.  Some teams have coaches that can’t simply put it all together.  For teams to be mentally tough and reach their potential, somewhere along the way the team has to connect the dots.

We believe there are 3 ways to get there as a player or coach – we call them the 3 C’s:

Confidence – have confidence as a coach and teammate that you can win any game at any point in the game or season. At Maine South football, some of their competitors call them “Swagger High” since the football team thinks they can beat anyone – no matter what.  Players can sense fear, and when you have a high degree of confidence in you and your teammates, the other team will recognize it immediately from the start to finish of the game.

Commitment – have a commitment to the team to be the best athlete and teammate that you can be in practices and games. Coaches should always give those athletes the shot at a key position over high skilled athletes who don’t put their whole heart and soul into the process.  Believe in the process and be the leader of your friends on and off the field. No one gets where they really want be by taking the easy path; there are no real shortcuts in football.

Challenge – have the mindset to take challenges head on, they’re inevitable, but winners are able to find alternatives or ways to get past them to find success – without destroying the football program and its goals at the same time. Fight for the position you really want at every opportunity in practice. Get past an interception or missed tackle fast, learn from your mistakes, and then learn from them.  Don’t blame your teammates or coaches.  Own your mistakes.

Finally, ignore and avoid bad coaches who teach by being intimidating, humiliating, or being overtly negative to their players, parents or opponents. While they might seem to know what they’re talking about – usually hiding their own low self-esteem, they often don’t know how to win within the sport’s rules or guidelines. Regardless, please don’t allow your player to bad mouth or bully another player – teach them to be a leader on the team, and let the league administration know of any of these unfortunate situations immediately.  If you try to effectively address issues with a bad coach in a professional and respectful manner, you should confront these situations very carefully, and always fight negativity with positivity and then either move on or endure.  Just always take action and stand up! 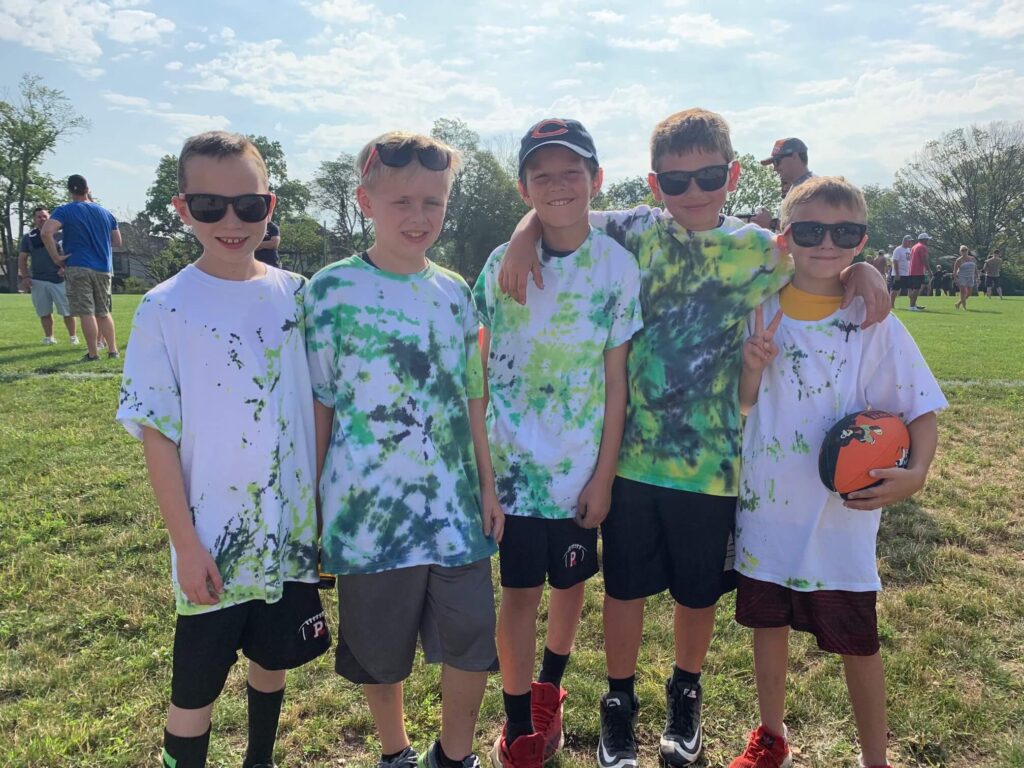